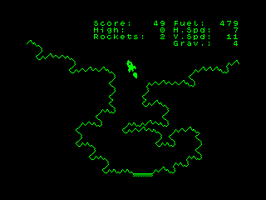 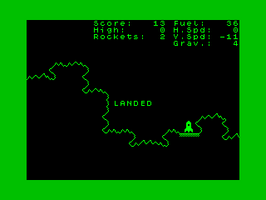 Project: RE.VE.LA.TION is a Lunar Lander game for the Sinclair ZX Spectrum computer. I originally coded it for the Lunar Challenge, organized by the RetroProgramming Italia group in 2019. Since the version submitted to the contest only featured 2 levels and supported only keyboard input, I improved it and now it almost looks like a complete game. I would still like to add some features (i.e. more scenarios, music, ...) but being currently focused on other project and having it laying around for so much time, I decided to release it anyway.

Project: RE.VE.LA.TION can be either played in your web browser (thanks to JSSpeccy emulator) or downloaded for use with a real Speccy or your favorite emulator.